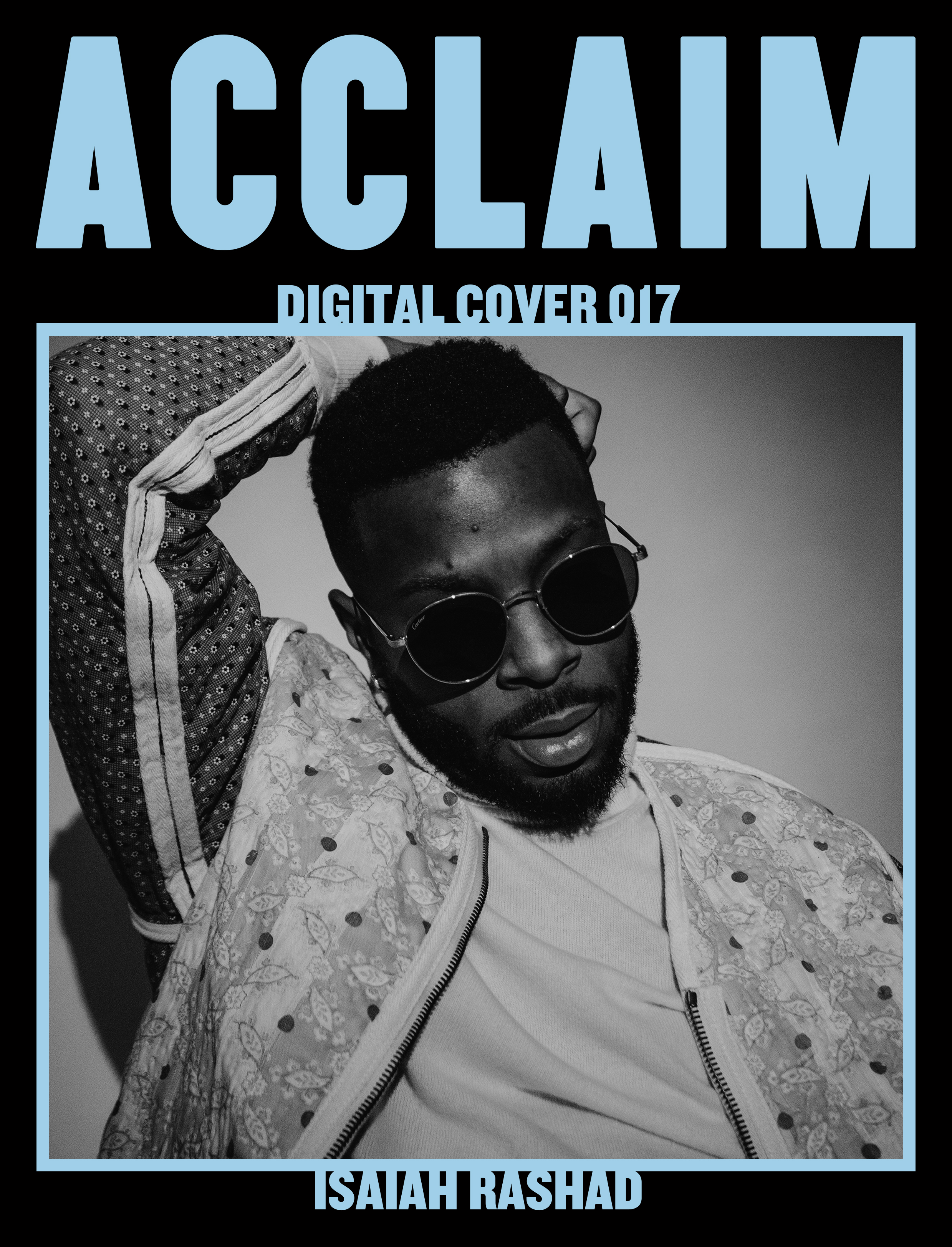 In Isaiah Rashad’s early years, his stepbrother lent him a copy of Outkast’s ATLiens. This was the catalyst for the versatile rapper that sits before me on this Zoom call today.

The House Is Burning, his second studio album is out and has captured the attention of the rap world. It’s a unique mix, containing mellow soundscapes you’d hear on Outkast tracks like ‘Elevators’ or ‘Babylon’, paired with the hard-hitting, crushing 808s and drum patterns of classic Tennessee hip-hop. He’s creating a subgenre that mirrors his hometown of Chattanooga; lush with scenery, bordering the rap legacy of Georgia, and rich in the historic sounds that have made places like Memphis a hotbed for revolutionary rap styles.

DJBooth’s Yoh Phillips described Isaiah’s last album The Sun’s Tirade as “a new page in the book of Isaiah”, but The House Is Burning saw the whole library wither into ashes. After all, it’s been half a decade since that project, and in that time, Isaiah has faced a myriad of personal trials that tested his foundation. He’s danced between the flames of destruction; one bad move and all his work dating back to Cilvia Demo are gone. But if he hits that two-step around these embers? Well, the house burns, with the chance to rebuild. That is why at 30 years of age, Isaiah has started hammering away at a new framework, which is now the base of this new run.

Fire, in many ways, is a major part of this new opus. He alludes to the destruction on tracks like ‘Don’t Shoot’, spitting “You was lookin for a light, and I was lookin for a lighter, I was fuckin with the fire in the worst way.” But he also uses the flames for warmth, basking in the heat of tracks like ‘RIP Young’ and ‘Headshots (4r Da Locals). He uses it as a weapon, fighting against his demons on ‘Darkseid’, which shares its namesake with an infamous DC villain, known for his mission of destroying free will. The vulnerability throughout the album also sees the fire healing wounds, and preparing his artistry like food, for the fans around the world to indulge.

Risen from the smoke, is the Isaiah I speak to on a Tuesday morning, relaxed with a vape by his side. His answers are short but poignant; fitting for a man who bears his soul in the stratosphere of music. He talks me through the themes of the record, his favourite Tennessee rap record, and how therapy has helped him both in, and out of his creativity.

Congratulations on the album man, how are you feeling so far?

Right out the gate, ‘Darkseid’ has a lyric that proclaims “You know we be scared to feel”. Over the last 5 years, with the adversity and challenges you’ve faced, how have you become comfortable with emotions?

I feel like you just have to learn to respect them and be honest even when they are fearful moments. It’s all about respecting them.

‘Darkseid’ is spelled the same way as the infamous DC villain, who is someone who wants to destroy free will. He breaks people down. Can you describe times over the last few years where you’ve felt like Darkseid, or you’ve felt like you’re fighting against him?

I think a lot of the time, it has felt like I’m battling Darkseid, but there have been moments where I feel like I am him. If you read the comic Mister Miracle that came out in like 2017 or 2018, there’s a specific quote that always stuck out to me. But you’d have to read it to know what I’m talking about.

How do you defeat something that wants to destroy free will?

You really have to try and exceed your own expectations. Most days, the first hindrances or roadblocks you face are caused by you. So you gotta’ reach beyond that.

Free will and expression are super important things in life, but adversity can make anything seem nonsensical. Was there ever a moment over the past few years you questioned the utility of art?

I feel like I just gotta’ get this shit out though, you know? Like a painter or a basketball player, just because the lights are off, don’t mean they stop putting up shots. I just feel like I always have to create.

The song ‘RIP Young’ feels like an ode to who you are and where you come from, but also a reminder to not get too caught up in old ways. Can you explain that duality of staying authentic to who you are, but also growing from that place?

The human being as an individual is meant to expand. You’ve gotta see it, and consolidate everything to turn it into something. That song has influences where I’m from because I’m always going to be influenced by where I’m from. But expansion and growth are a big part, and it’s up for everyone’s interpretation really. For me, that song was just a really good time.

The track samples ‘Cheese and Dope’ by Project Pat, a Tennessee legend. That Memphis sound seems to have had a prominent influence on the album, and all of contemporary rap music today, despite at times being overlooked. What do you think makes that era and sound so special?

It’s timeless, and to an extent, a good majority of the world missed out on experiencing this sound the first time. Anything timeless, can come back around and be at the forefront again.

I feel like all the best art in the world comes from grassroots movements. The communities in Memphis were grassroots, and in a sense creating to escape the adversity of their areas.

The soil that we’re sitting on in Tennessee is different. Because of all the small communities of Tennessee, the overall sound here is mixed up with so many different styles and sounds. We have artists like Three 6 Mafia and 8 Ball & MJG come from here, who are pioneers of this sound. I think today, it’s starting to finally catch on.

What’s your favourite Tennessee rap record of all time?

You’ve talked about creating your own subgenre, which is a mixture of Memphis-influenced trap, and garnishes of soul and R&B. Why do you think these contrasting elements work so well together?

They both come from the same place: the soul. They’re just communicated differently. When you bring them together, it’s like you’re bringing two different audiences of people together.

I’ve just learned not to hyperextend myself. Only worry about what you can do, and don’t try to do too much more. So I think the metaphor serves correctly.

When you think of fire, you can think of warmth, preparing food, and closing wounds, but also destruction. How do you stay grounded between the two sides of the flames?

You have to constantly remind yourself that you have to be better for yourself. Whether it be the minor details of how you get up in the morning, or the ambition to distance yourself from addictions and stuff like that. You just gotta’ want to do better.

The House is Burning can also be seen as the opportunity to create a new framework. Why was it important for you to rebuild?

I mean, sometimes we all need to start again on a fresh, clean slate. The House Is Burning is that for me.

How do you think your friends and family have played a part in your return to music?

It’s essential. When you work at something and become successful, everybody around you deserves to celebrate. Everybody has helped out in their own way, everyone has been around for the journey.

You’ve been vocal about your experience in therapy. How do you think it’s helped you thus far?

I’m still in the process of going, so I’m not sure if I can self-review yet. But my time in therapy has been kind of like blind clarity so far. Like speaking to a respectful wall.

Artists often view music as their therapy, but therapy often doesn’t include the internet reviewing your words and discussing your first week's sales. Does the public discourse ever ruin the cathartic feeling of creativity?

The therapy still occurs before you reach that step in music. These songs come from a place of love, embarrassment, romance, sometimes insanity. This music is really people expressing themselves. When the music is out, you can still look for constructive criticism.

I know you’re a fan of comic books, so what do you think your superpower has been over these past few years?

An amazing amount of patience, and the ability to come out of shit unscathed.

I’m trying to tour, make some new music, and start creating my own comic book.